Wednesday Writing — The Letter A. #VictorianSlang 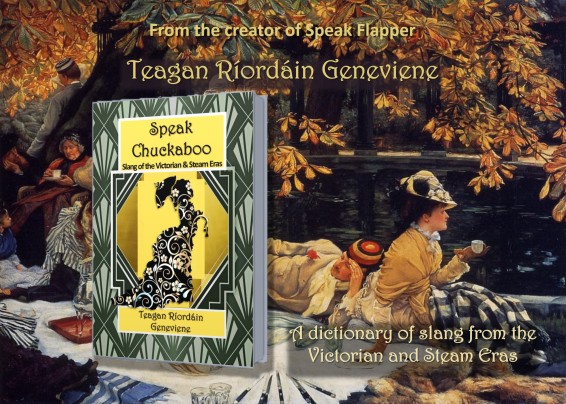 Belated Happy Anniversary… to me

Welcome, my chuckaboos!  Yes, I’m in a Victorian state of mind.  Many of you will remember that “chuckaboo” was slang in that era for a dear friend.

So why am I blogging about something I don’t talk about?  Victorians were big on anniversaries.  For a bit of fun, and a sort of celebration, I’m posting the “A” section from my recently released “Speak Chuckaboo, Slang of the Victorian and Steam Eras.”  Maybe you romance lovers can guess what…

← “This was a great short story and worked great as a science fiction novel.” – Dormancy Kindle by A. Nicky Hjort
“An intriguing relationship that portends of greater things. Highly recommended reading!” – “The Dragon’s Sacrifice: A Breath of Fyre Novel” (The Never Lands Saga) by Andi Lawrencovna →

One comment on “Wednesday Writing — The Letter A. #VictorianSlang”