The Guardian – Another Progress Report

Have We Had Help? 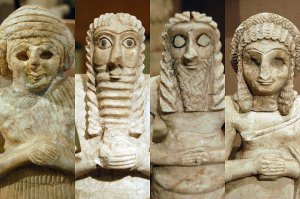 Is one of these The Guardian?

As I’m halfway through writing chapter two of The Guardian, I need to take a break while I do some more thinking. Without giving too much away, I will say that at this stage in the novel there is an undeniable sexual tension gradually developing between the two main human characters – Adler and Lynne. Whether or not they become lovers, I haven’t decided yet.

I’ve just introduced a third human character Professor Ephraim Adelmann, an old friend of Adler’s. Lynne is not best pleased by his attitude towards women.

Like most of the academics I formerly worked with for twenty-five years at the University of Waikato back in New Zealand, while academically brilliant, Ephraim wouldn’t last five minutes in the real world. His speciality is ancient languages. I based him on a particular academic I have admired for years who works in…

2 comments on “The Guardian – Another Progress Report”