Posted by The Owl Lady on February 21, 2015 in About the Author, Author Interviews-Spotlights-and-Guests

Today we have a book review from team member Terry, she blogs at http://terrytylerbookreviews.blogspot.co.uk/

Terry chose to read and review The Killing Knife by Scott Marlowe. 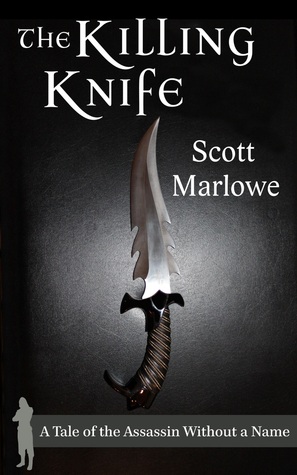 This is a novelette sized book, rather than full length.

The nameless assassin lives in a fantasy world that reminded me a little of those described in Game of Thrones, particularly the lands of Pentos, Bravos, etc, over the seas. This is not to say it is in any way a copy of such; I mention this just to give an indication of the type of location. For those unfamiliar with Game of Thrones, think a combination of Ali Baba and the Forty Thieves mixed with ancient Rome, perhaps!

I liked the structure of this book. The Killing Knife is actually three stories in one, all…

← OHMIGOD!!!!!  TERPSICHORE IN LOVE RECEIVED ANOTHER 5-STAR REVIEW SO I’M CELEBRATING BY MAKING IT ONLY 99 CENTS FOR A LIMITED TIME!!!
Motherlove by Thorne Moore →