Today’s team review is from Terry, she blogs at http://terrytylerbookreviews.blogspot.co.uk/

Terry has been reading Warnings Unheeded: Twin Tragedies At Fairchild Air Force Base by Andy Brown 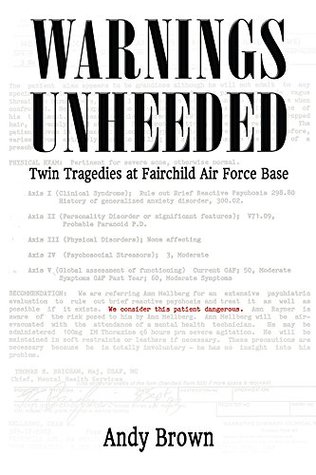 I’ll start by saying that this book is a terrific achievement by the author.  The painstaking and intricate work that has clearly gone into it is to be admired, as is its purpose.

The ‘warnings unheeded’ of the title refer to two mass-casualty accidents that occurred within days of each other on a US air base. “Using the words of the people who experienced the tragedies, the book provides an in-depth look at the before, during and after of a preventable “active shooter” incident and an avoidable fatal plane crash.”  A shooter terrorised the base hospital, and, in a parallel account, a veteran pilot, known for his reckless flying put the lives of both…