“It’s been quite some time since I read a M/M romance novel, and believe me, this is a page-turner.” – Going Inksane (Nice Ink Book 1) by Trish Edmisten 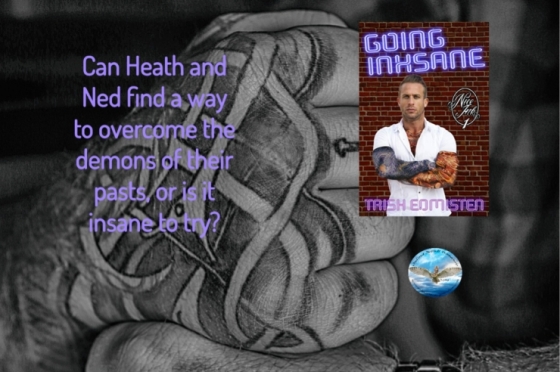 For the last five years, Heath Mitchell’s only priority has been running a successful tattoo shop. Relationships haven’t been on his radar, but as his thirtieth birthday gets closer, Heath realizes just how lonely he is. Like an answer to his prayers, Ned Nice comes into his shop. Despite the instant attraction between them, a dark secret in Ned’s past makes him afraid to get too close to Heath. Ned isn’t the only one with secrets though. Heath is hiding a secret so big it could be a deal-breaker. Can Heath and Ned find a way to overcome the demons of their pasts, or is it insane to try?Author’s Note: This is a 91,000 word novel with no cheating and a guaranteed HEA. Trigger warning: Mentions of prior sexual assault.

Couldn’t Put it Down!

It’s been quite some time since I read a M/M romance novel, and believe…

← Within Amicia’s chest beats the heart of a dragon, if she can discover it in time… – Journey of Darkness (Dragon of Eriden Book 2) by Samantha Jacobey
“An excellent collection of short stories from Ella’s life” – Wishing Upon An Elf by Andi Lawrencovna →