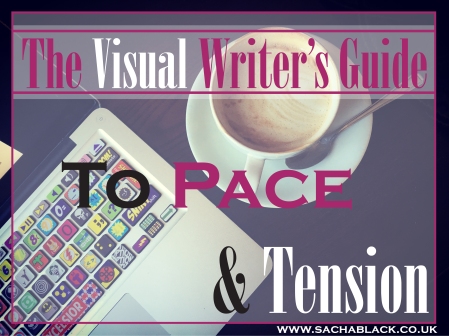 I always thought being visual and a writer was a massive contradiction. I don’t mean having an imagination. Obviously a writer needs an imagination. I mean, in the way we process information.

See, when I think, or try to work out a problem, like how to prevent the terror tot shoving his finger up his nose in public, I think in pictures and voices. Yes, I hear a voice in my head, but not the kind of voice that whispers violent temptations, although sometimes it might be nice to blame my rage on it… Where was I? Some people think in words or numbers or actions. If you have synesthesia you might even think in colours, senses or feelings.

This has never been a problem for me. It just meant I created mood boards for my story worlds and characters on my pinterest or instagram, rather than filling out character templates and scene plans.